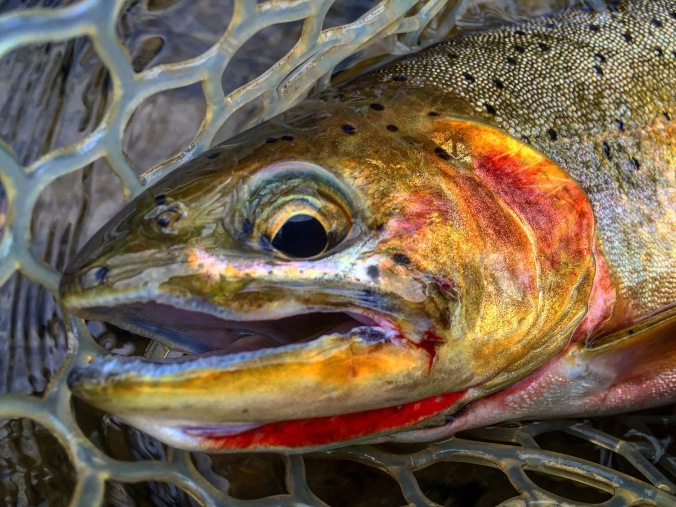 It’s amazing! Nuff said.
The Golden’s are hatching, the PMDs are coming off like crazy in the upper, Caddis, and I saw blue wing olives today. Fish were a little slow at the start but once the day settled in they were all over dry flies. Some technical fishing, spooky trout even with the low light. All that sunshine just made them shy. As these rain storms move through and this lovely cloud cover and cooler temps stick around the fishing will only get better.
Flows are perfect and water temps are cold! Took a 52 degree reading today. Finally hit 54 around 3.

I nymphed during the first part of the day and just hammered them on PMD nymphs. Several ate the golden stone nymph too. Then I got bored so I switched to dries. They were all over it. I threw a double dry rig with a big golden up front and a small PMD trailer. Had them hit both.

If it looks fishy…there are fish in there. I found trout all over the river. They have moved into riffles and the middle of the river in some places with this low light. They are keying in on pmds and Golden’s, found some picky fish that wanted one and not the other. Should see drakes soon!
I’ve got Saturday this week still open! Who wants to throw dries and trick trout!?
Give me a call and get on the calendar. The upper is amazing right now!