It’s time….The funky fresh time of the season that is by far the tastiest of jams when it comes to grooving down the Yakima chasin troots…the Autumn. Commonly referred to as the late season in my boat. It’s by far my favorite time to fish, guide, and do generally trout bummy stuff. Already the evenings are cooler and the days shorter…I can smell it, feel it, sense it slowly creeping in. The cold tendrils of Autumn in the evening, the mist off the river in the morning as air temps and water temps pass each other on the thermometer. Later mornings, waking up with the river, sleepy fish, aggressive for food during the day, trout back on a schedule…and fishing much..much later than 5 am.

So far the only real downside to living so far from the Yakima River is that I don’t get to see the river every day…but then again…I am headed to Montana on Monday before returning to the homewater…and it’s a much closer drive. I’ve been wanting to hit the MT area since the last time I did. And a quick trout bum trip with angler peeps is a perfect way to recharge batteries and get into the late season. 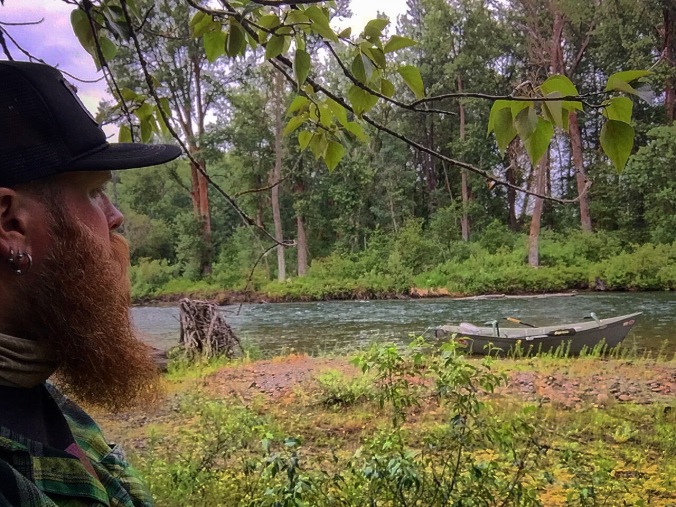 I’ve spent the better part of my professional angling focused on the late season fishing on the Yakima River. I know the upper river in the fall better than most…and that’s through hard work, trial and error, and damn near every day riverside in the late season over the past several years. The Yakima is a different river in the late season. A fishery that tests anglers, and rewards them for perfection. It’s quite frustrating and fulfilling at the same time. I have more fun in the fall than any other time of the season…and if you’ve gone down river with me anytime of the year…that’s a tall order to fill. But the Yakima in Autumn does a few things that really get the angling juices flowing.

The flows drop…controlled for returning salmon, but the flows in the fall represent a more natural feel to the Yakima. Riffles, drop offs, structure, and proper trouty looking water starts showing up all over the river. Fish are no longer forced to the deep depths of the river or the banks trying to escape the high summer irrigation flows while still getting food. Flows drop and expose trout more, the fish tank gets smaller so to speak. Places where there were 3800 cfs now have 900-1500cfs and those 800-1000 fish per mile are a little more compacted in the river. They pod up, feed on a schedule, move about the system more freely, and seek and search out places to feed heavily before the winter temps set in and fish go into a type of hibernation. The annual flip flop of flows, or drop of irrigation water out of the system, is the start of this whole shindig. 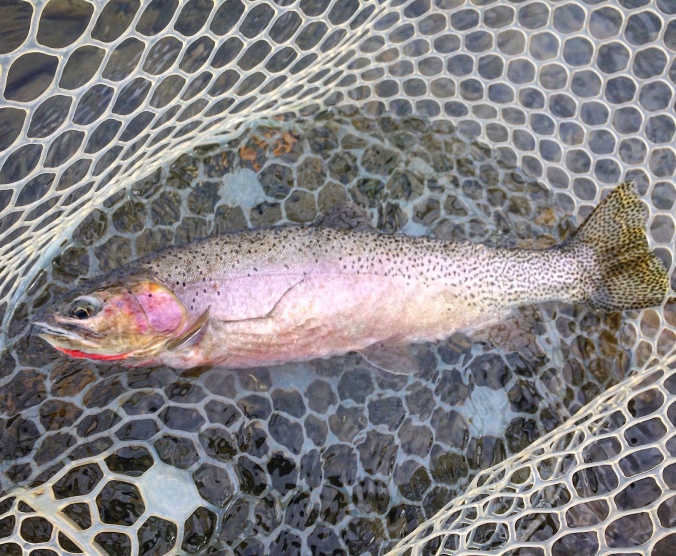 Fish in the fall are able to move more. They move in relation to food, salmon, predators, and holding water. Every morning fish move into areas of the river where they can have easy access to food. As the day wanes they retreat back to their holding areas to rest for the evening. Every day it gets colder the more ferocious they get until the water temps force them to hold and rest most of the day. By mid November they are trout-sickles but the days leading up to that can produce some amazing fishing related episodes.

Oh dude do we have bugs in the late season. The tail end of the Shortwing Stonefly Hatch, the Cranefly Hatch, Mahogany, Cahill, and BWO Mayfly Hatches, multiple species of Caddis, including the big October Caddis. Plus salmon eggs and flesh, streamers…especially crawdads, all of it on the menu. Things hatch on a schedule, fish move in relation to them, you can target fish in all sorts of water, using multiple bugs throughout the day, and you can have a lot of fun headhunting fish and figuring out which fly they want and how they want it. Plus you can skate shit and it’s the only time of the year that it works consistently. Mmmm.

Its groovy in the late season. Full days are back on the calendar, you can spend 8-10 hrs riverside and catch fish all day. River camping is also wicked fun in the fall. Guiding becomes a really fun challenging experience that makes me get out all the tools and tricks. Different angles of approach, stalking and walking on fish, using the boat to spot hop, getting out of the boat and knee deep in the river again. Changing casting angles, cast types and techniques, longer drifts, perfect drifts, longer leaders, smaller tippet, multiple fly changes, timing drifts to trout eats, hopping out of the boat and netting fish 20 yards down river, fish getting into backing, huge slurps, aggressive indicator drops, and very very cranky fish. There’s nothing like the fall fishing on any trout river but the Yakima is one of my favorites because of its technicality and spooky AF fish after all that summer time pressure. It’s not easy to put 20-30 fish in the net on any river…but I have found it’s easiest for me as a guide in the fall. And that doesn’t come without a lot of work on everyone’s part. I invite all my clients to come back in the late season. I also have many clients that consistently come in the fall because of the experiences we’ve had together. The Yakima River in the late season will make any angler better…no matter the skill level or experience. These fish don’t care…all are equal in the eyes of the Yakima Trout in the Autumn…all equally in for an ass kicking if the A game is not brought.

The stoke is very high this year. It’s been a rougher season for my beardy face. And I’ve moved and am taking on more water and other guiding next season…so I’m looking forward to the familiar schedule of the fall fishing season. Plus I get to camp for basically 2 months straight and guide and fish my ass off for the next 60-80 days. That may not sound awesome to some…pshhh. Camping, showering outside, colder temps, smelly waders, coffee with grounds in it, lifted burn ban, riverside nights, 8-9 hrs of fishing a day, missed fish, landed fish, big smiles, damp 20’s, firm handshakes, trout handshakes, and a general lack of that ‘normal’ 9-5 life, replaced with all things trout, fly, and rod. Ya…it’s not for everyone…but it’s all I’ve ever wanted. 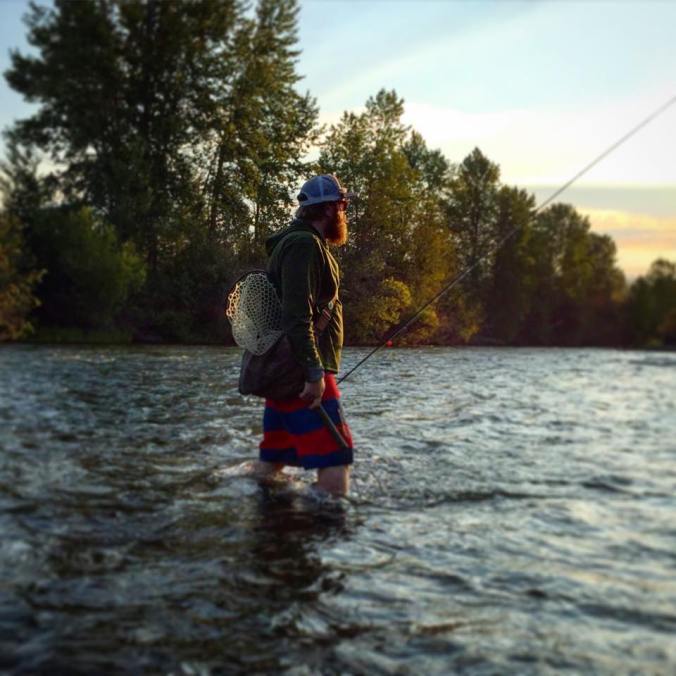 I hope to see you out there this late season. Take a trip if you like, full days, half days, walk and wades, it’s all up for grabs and the fishing rarely disappoints in the Autumn. It’s by far the most consistent time of the year on the Yak. And with the forecast for flows and weather…it’s looking pretty damn spectacular. Especially after the warm water of the summer.

There are dates open, but it fills fast. And it’s good all the way to Halloween Day on the Yakima River and sometimes even into November. I’ll be back on the Yakima Thursday the 30th. My tiny house get delivered to the homestead next week, so I’ve got to get ready for that…plus I am trying to sneak to Montana for 2 days too. But once I’m back it’s all Yakima until the season ends and I plan on fishing and guiding every day I can!

Hope to see ya riverside.