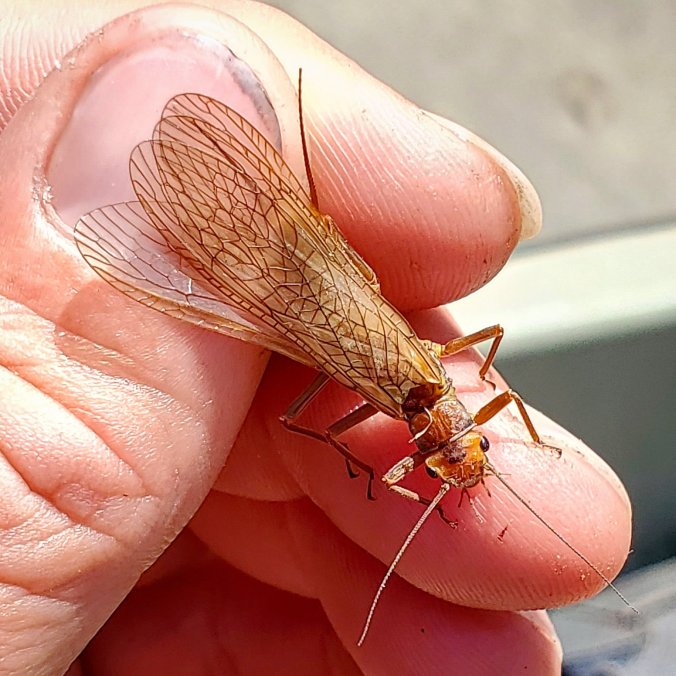 The Golden Stone is my favorite big bug hatch on western trout rivers. Unlike the Salmon Fly which is a dark and orange behemoth of a bug, the Golden is dainty for its large size. Just a little smaller than a Salmon Fly. It’s a bright yellow and gold bug with lace like wings.

A ferocious carnivore nymph that eats other micro invertebrates for up to 4 years in the river bottom and substrate before hatching in the early summer. They like it hot, typically over 75, here on the Yak that puts their hatch after the salmon flies around the first week or two of June and into July. It’s one of the longer upper river stone hatches. Its early this year due to drought conditions so taking advantage of it while it gets started is a good idea.

The fish start to key in on those big juicy crunchy golden bugs when they start to return to the river to oviposit. Usually later in the afternoon. Then you’ll see big yellow bugs coming out of the trees and falling onto the river to lay eggs. This is what gets the troots attention. After a few days of those big bugs hitting the river. Its game on for trout. Especially cutties. They love the big yellow bugs up here. 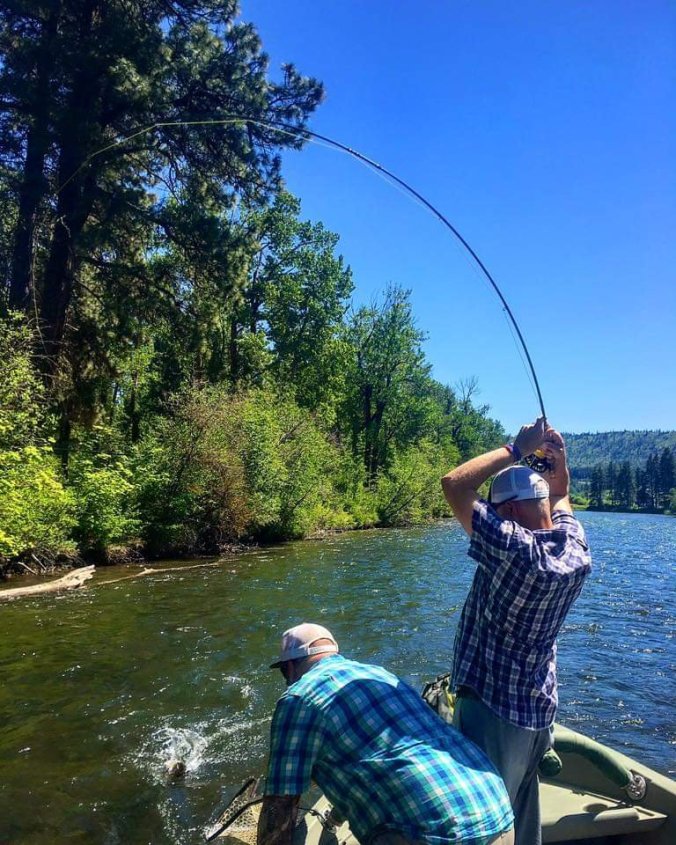 The golden stone hatch is one of the only hatches where it will turn 20-40 trout on dries when it’s good. They just eat em all day long. Ita glorious, amazeballs, hell sometimes dare I say….epic. What is better than hucking big dries at boulders, seams, overhangs, and undercuts all day and turning trout on them!? You know the answer. 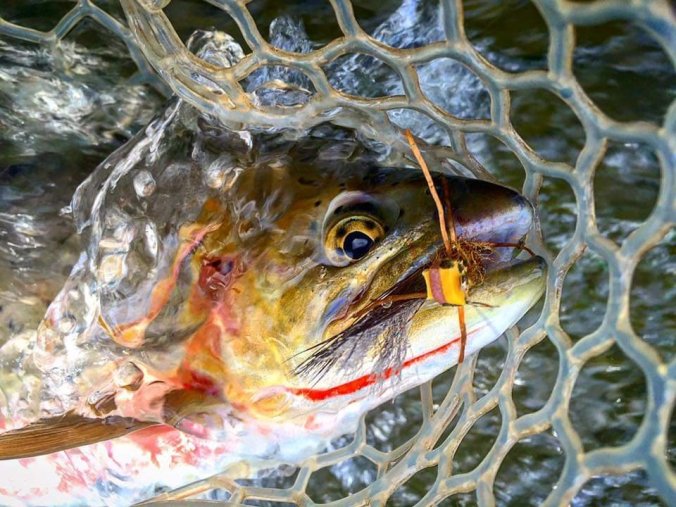 I’ve got days open during the hatch. Which is just getting started. Come get some big bug action on the upper Yak this early summer.